Who will be the Timor-Leste’s Next President in 2012 Election? 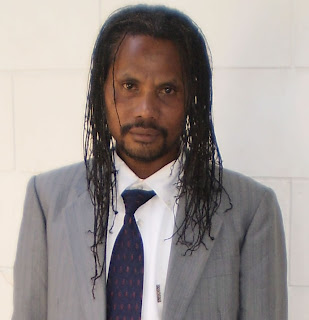 On the 16th of April 2012, East Timorese will vote in the second-round of the presidential election where former General, Taur Matan Ruak (TMR), an independent candidate will compete against Fretilin’s  candidate Lu –Ólo for the Head of State position in Timor-Leste. Both candidates made it to the second round where Lu-Ólo ran first place with 28.8% and TMR 25.7%. Local and international experts and observers predicted that the second round of the presidential election will be tough for both candidates.

The 2012 Timor-Leste election process itself has been described by international observers as free, fair and democratic. Unlike previous elections, the 2012 election has been surprisingly peaceful with minor incidents, but the number of voter turn-out was only 78% and dropped 6% compared to previous 2007 election figures. The main contributing factor to this is logistical reasons where the electoral law requires voters to go back and vote at their individual place of registration.

TMR and his campaign team are very optimistic to defeat the Fretilin candidate this time and their optimism is based on very good reasons - mainly because as an independent candidate, TMR not only has support from CNRT and other parties, but also they are harvesting most of the non-Fretilin voters from other candidates such as Ramos-Horta and Fernando Lasama of the Democratic Party (PD); both have 35% voters if combined and spreading across the Western and Middle regions of the country. Secondly, TMR has the advantage as an independent candidate that allows him to earn the trust from ordinary Timorese. TMR who likes cooking and reading in his free time is known to be well mannered, humble yet brave. His braveness often is misinterpreted by his opponents as aggression. His willingness to work and listen to others earned him a lot of admiration from those who work with him in his campaign team. One of his main campaign team member’s, Fidelis Magalahães, a young London School of Economics (LSE) graduate described TMR as, “… not a typical Timorese leader. In our meetings, sometimes he just listens and let us [the campaign team] talk and discuss the matter. He will ask questions and clarification if he is not sure about something. He likes his ideas to be challenged and appreciates those who produce new ideas. He will be a great president for Timor-Leste. It is great to work with him.”

Many Timorese like Lu-Ólo as an individual. He is a bright man and has experience to have served as speaker of parliament for 5 years. He also recently graduated with a law degree from Timor-Leste National University. Many view him as someone who is like ‘gold’ inside a lion’s mouth. The support he received from Fretilin seems like a good thing, but if one looks closer, it is a drawback at the same time. It is because Fretilin voters can only take him to the second round as the most voted candidate, but then that’s it. He cannot go further because the number of Fretilin voters goes as far as 30%, give or take 10%. For Lu-Ólo, the 2007 election scenario is likely to be repeated where he was the most voted candidate in the first round and lost against Ramos Horta, the current President in the second round. Lu-Ólo’s chances to be the next president can be easily predicted by looking at the 2007 election and the first round of 2012 presidential election result. It is predicted that, Lu-Ólo will get 40% votes if everything run smoothly or 45% at most. Furthermore, the non-Fretilin afraid of people around Lu-Ólo and they worry that if he is elected as president, the remote control will be held by someone else. They also worry that Lu-Ólo cannot separate between party interests and national interest when he serves as president. This was very apparent when he was speaker of parliament.

Ramos Horta and Lasama will be the one’s who decide who will be the next president, and they know this very well. It is still a mystery whom they will support out of TMR and Lu-Ólo. This can swing either way. However, logically, they will support the candidate whom they think they can easily work with and have the same general views on how the country should move forward. In this case, personalities of different figures within Fretilin and CNRT become very important. Their decisions will be based on whether they think it is easier to work with TMR and Xanana Gusmão or Lu-Ólo and Mari Alkatiri. For Lasama, it is difficult to choose to work with the latter (Lu-Ólo and Alkatiri) because young PD rank and file members have been offended too often in the past when Mr. Alkatiri publicly labeled them as “sarjana supermi” - 5 minute noodle degrees from Indonesia. Ramos Horta can work with either one of them however with tendencies more towards TMR and Xanana because they have similar views on how the country should move forward. All being said for the nation’s interest, one would expect that whomever Ramos-Horta or Lasama give their votes to must also serve their own agenda’s.

What this election means to the Timorese?

For ordinary Timorese, the most important thing is not who will be the next president, but it is more about if the election process is carried out peacefully or not. If this election is peaceful (both presidential and parliamentary [in June this year]), it will be a milestone in Timorese history. A lot of efforts have been made by many Timorese to promote a peaceful election, free of violence. It is amazing and impressive to see the Timorese eagerness to show to the international community and change the view of “Timor-Leste as a post-conflict violent country.” If the election process run peacefully, it will become the foundation of national unity where national development and a bright future can take root. Ho Maromak nia tulun!
Posted by Josh Trindade at 10:26 PM