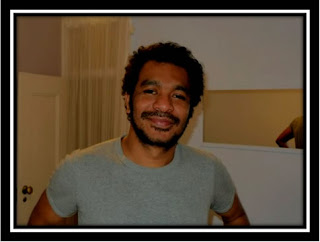 Fidelis Manuel Leite Magalhães hails from Maliana, the capital district of Bobonaro. He is the second child of Manuel Magalhães and Regina Cardoso Gouveia Leita. Fidelis has three brothers and five sisters. He spent much of his childhood in Maliana. He joined resistance activities from quite a young age. At age 13 became a member of Sagrada Familia and became active in the youth movement opposing the indonesian occupation.


After the independence and following the death of his father, Fidelis quit school and began to work for the Jesuit Refugee Services as a driver to support his family. He was then promoted to become an officer. It was under the guidance of Fr. Frank Brennan that Fidelis began to work in the area of human rights. At the end of 2000 Fidelis was promoted to be a Human Rights and Refugee and Returnee officer. In early 2001 he was chosen to represent Timor Leste’s civil society at the UN Session on Human Rights in Geneva. It was his first international experience. In his own words, Fidelis described the experience as “surreal”. It was his first international travel and was asked to take part in a series of meetings when it had  only been a year since he began to self-thought english. Throughout the years, Fidelis continued to play an active role in peace and reconciliation efforts.


From mid 2001 to 2002 Fidelis worked for various organizations including a short stint with the UNHCR as its Spokesperson and External Relations Assistant. In the same year he also served as the president of the Maliana Youth Committee. A committee consisted of all the youth organizations in the district.


In late 2002 he was awarded an East-West Center managed, US State Department scholarship to study at the University of Hawaii-Manoa.  While in Hawaii he majored in Political Science and minored in Literature. His main concentration was on political, social and literary theories. He claims that it was at the East West Center that he “grew academically. It was a privillege live with many academics from many countries at Hale Manoa”. He became an active  member of the Polisci department at UH-Manoa and graduated With Distinction. He was also a top student in Latin American and Iberian literature.


Under the same arrangement he went to study at the University of Massachussets-Amherst. Although initially he intended to stay on, Fidelis decided to return to Hawaii citing insufficient funding to live on the US mainland.


Since 2006 Fidelis has worked in different capacities. In 2007 he worked with GTZ-IS as its Participation Expert in Timor-Leste on the national dialogue. Then in the same year he was appointed head of the Post-Transitional Dialogue funded by Norway. He then served as the team leader on  a number of initiatives and became the principal adviser on development and political issues.


In 2008 he, together with Bishop Gunnar Stallsett, Norway’s Special Envoy to Timor Leste and member of the Nobel Prize Committee, founded the High Level National Consensus Dialogue initiative to “provide a platform throughwhich the nation’s leaders can adress past human rights violations and find ways forward”.


Some months later, Fidelis received a scholarship from the British Chevening scheme to study Political Economy at the London School of Economics.  After completing his studies in London he was awarded a Gulbenkian fellowship to read International Political Economy in Lisbon, Portugal. While in Lisbon he also attended post-graduate courses in International Relations at the Advanced School of Social and Political Sciences (ISCSP-UTL). He maintained the reputation of being a high achiever.


In October 2011 Fidelis returned to Timor Leste. He joined President Matan Ruak’s Ekipa da Vitoria (Success Team) in the presidential campaign as vice-president for  Socio-Political Research and Communication. He was then appointed by President Taur Matan Ruak as his spokesperson.


After the announcement of the outcome of the  presidential  election, President Ruak appointed Fidelis as his representative to ensure a smooth transition to start his mandate. On May 20, 2012 President Taur Matan Ruak nominated Fidelis to be his Chief of Staff. As such, Fidelis is presently the youngest person to hold a ministerial level position in Timor-Leste. His appointment demonstrates President Taur Matan Ruak’s committment to generational change and opens up the way for young people to actively participate in the running of the state.
Posted by Josh Trindade at 12:33 AM